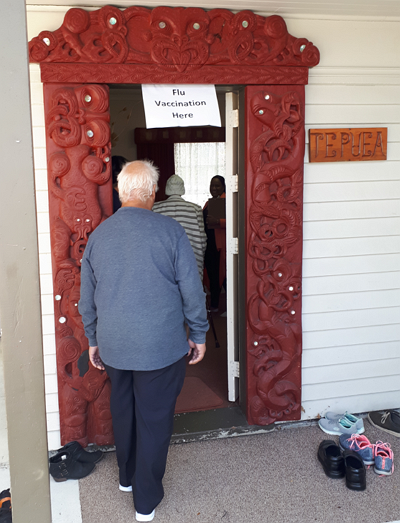 Bringing flu vaccinations to kaumātua: working together to overcome barriers

With many Māori at-risk of serious health complications from influenza, "the initiative is about primary care working alongside our high-risk communities and coming together to help educate Māori whānau to reduce incidences of the flu, as well as shingles and the long-term pain that can cause," says Pinnacle MHN Māori health manager, Rawiri Blundell.

Nearly 100 Waikato kaumātua congregated to commemorate upcoming ANZAC Day together. For many, a trip to their general practice is difficult, often relying on Rauawaawa Kaumātua Charitable Trust staff to attend appointments.

"Many also had fears of needles or have misconceptions, so this initiative supports and educates them around these too," says Kath Holmes, Rauawaawa Kaumātua Charitable Trust health team manager.

Kaumātua Maehe Maniapoto said "I'm not sure kaumātua would go to the effort, if they had to go individually. There's a lot inhibiting them from getting vaccinated. This way the vaccinations come to them."

"I'd rather sit waiting here (for 20 minutes) afterwards than in the doctors surgery too" he laughs.

More than 80 kaumātua and Rauawaawa Kaumātua Charitable Trust staff had their vaccinations as part of this initiative.

"Having kaumātua receive their influenza and shingle vaccines demonstrates to the wider Māori community just how important it is to protect against these serious illnesses," says Rawiri.

"With this flu vaccination initiative in its second year, many whānau are now more aware of important messages relating to the flu, including the fact that a simple flu jab will protect not only the recipient but also reduce the risk of passing it onto an older family member, baby or someone else with a compromised immune system."

Pinnacle MHN would like to acknowledge South City Health general practice and Rauawaawa Kaumātua Charitable Trust for their contribution in supporting this initiative. 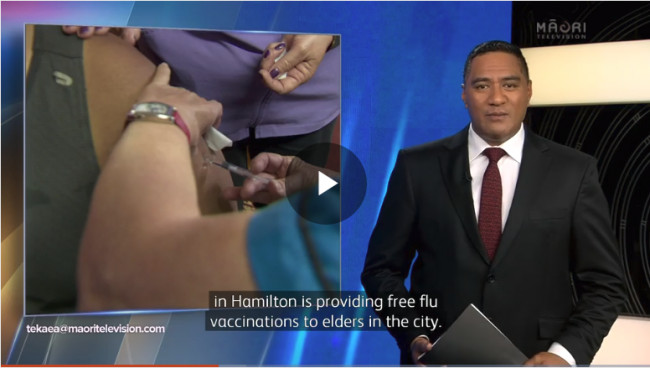 The Ventures data services team is a highly skilled group of data experts who support Pinnacle and the practice network. Find out what's coming up next from the team.

Changes to the national immunisation schedule will begin to take effect from 1 July 2020, and be completed on 1 October 2020, at which point a new vaccination event at age 12 months will be created.

The B4 School Check (B4SC) is a universal, comprehensive check for all four-year-old’s that includes height and weight, vision and hearing, immunisations, oral health, and behavioral and developmental components.

Measles is a highly infectious disease that is easily spread from an infected person by saliva or mucous droplets when coughing, sneezing or talking.