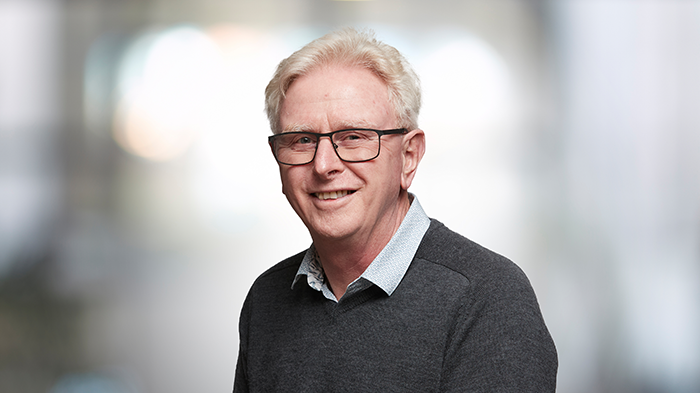 After nearly 32 years of network leadership Dr Frank Cullen stood down from the executive committee at the AGM held last week.

Frank is a founder of Pinnacle, and his insight helped shaped who we are – the reality is the Pinnacle group of organisations would not be where we are today without Frank.

“He’s been pivotal to the work of Pinnacle and to primary care in New Zealand. Those who know him will describe Frank as the exemplar of a politically astute clinician who has not only navigated the challenges of the last three decades, but also pioneered innovations such as primary care networks, cloud hosted records, Health Care Home and indici. And has done all that with a generous spirit and immense wisdom,” says Pinnacle chief executive Helen Parker. Or as fellow committee member Dr Steve French beautifully summed it up, “when I grow up I want to be just like Frank.”

Frank described his work with Pinnacle as a big commitment, and he was quick to pay thanks to the support his family gave over his years of work with Pinnacle. “It’s been a very enjoyable time, and I’m so grateful for wonderful people on the Pinnacle boards, the staff at MHN and Ventures and everyone across the network.”

Frank thanked the organisation for the leadership training and experience it gave him and made special mention of the non-GP directors who have joined in recent years. “Our independent directors are adding such a great sense of balance, our boards are different now to when they were solely GP managed,” says Frank. “The knowledge and experience our independent directors bring are helping to upskill the GP colleagues and shape Pinnacle to be more outward looking.”

Frank will be a huge loss to Pinnacle in so many ways, but our loss is definitely his family’s gain. Alongside Frank, we’d also like to acknowledge and thank Frank’s family for the amount of time Pinnacle has featured in their world, and we hope you enjoy having a much larger share of his attention.

With Frank retiring, and a seat being available through rotation, an election was held at the AGM for the first time in ten years, as three candidates came forward for two seats.

“This level of engagement was really pleasing to see,” says chairman Craig McFarlane. “I’m delighted to announce that Dr Fiona Loan (Mahoe Medical Centre) retains her chair and we welcome Dr Kiyomi Kitagawa to the committee.” Kiyomi is a practice owner of Carefirst in Taranaki.

Due to the very close election result the committee also decided to invite Dr Gishani Egan (Morrinsville Medical Centre) to join them as a formal observer with a view to being a future director.

Congratulations to the three GPs and we look forward to your leadership of Pinnacle as we move through interesting times!

Tags:
People Governance Leadership
YOU MAY ALSO BE INTERESTED IN
NEWS
2020: The year of the nurse and the midwife
Pinnacle Incorporated | 27/05/2020

2020 has been designated as the year of the nurse and the midwife by the World Health Organization, and Pinnacle is very keen to support this.

The Taranaki locality team is participating in the Oxfam 50 km, 18 hour challenge on 20-21 March 2021. The walk is to raise funds for Oxfam’s campaign against poverty in the Pacific and around the world.

Key stats for the Trust including an except of the financial statements for the year ended 30 June 2018.